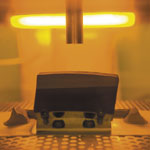 This project is concerned with understanding the role of policy and regulation in emerging industries. It aims to explore how regulation and policy have impacted upon the emergence of new industries, and how policy approaches and implementation have evolved under the increasing pressures of globalisation and innovation.

Innovation, defined broadly as the exploitation of ideas or the conversion of ideas into new products and services, is seen as the key to continued growth in the UK economy (DTI, 2003). Past research has focused on how new technologies can be encouraged and how to assist firms in order to support innovation. However, as competition for industrial activity intensifies, economies will need to develop the next set of industries that will allow for continued growth. What is the role of the government in assisting in the emergence of new industries and how can they increase the value captured within the state?

Much work on industrial evolution focuses on the structure of existing industries or refers to the industry 'life cycle' (Klepper and Graddy, 1990, Utterback, 1996). Descriptive pieces on the evolutionary path of various industries abound (e.g. Chandler, 2005) but integrative pieces that clarify the co-evolution of institutions and technologies along with explanatory theories are lacking (Nelson, 2005). Comparisons of government roles in the development of industries do exist (e.g. Giesecke, 2000). However the perspective is either at the macro level or follows the thread of the technology without considering the varied activities in the value chain, from R&D through production to services, and an understanding of value creation and capture.

The conditions for the emergence of an industry in the first place are not well-covered. Also, the perspective of the value chain, and the asynchronous development of capabilities and their linkages, is not well represented. We believe that such an approach will provide new frameworks for government in determining intervention options to support the development of new industries.

This work will be based on historical and current case studies of government intervention to support emerging industries, as well as definitional work to ensure a coherent framework for discussing the issues surrounding the emergence of new industries in developed economies. The project team will engage with government departments, both as a source of case material and as reviewers of research findings.