The determination of appropriate action plans is a key task for industrial managers. This task is essentially complex as it requires an understanding of the relationships among many variables. The relationships between objectives and variables in a given industrial situation are usually not available to managers in the form of scientific laws. Rather, they are discovered, defined, and labelled by managers who use an implicit understanding of the operating environment to make sense out of them.

Based on a successful three years' PhD research, we have demonstrated that a central component in this ‘implicit understanding’ is a mental visualisation that links together many variables. The use of such a visualisation permits managers to have an overview of the situation. In this way, it becomes possible for managers to devise co-ordinated action plans which contribute to the achievement of the objective. We have developed a software tool (TAPS) to assist managers in linking business strategy to action plans.

TAPS was developed using Visual Basic and adopted the Connectance Concept (Inductive rule) and Analytic Hierarchy Process (AHP) as its operating principles. The tool has been tested and applied in several multinational corporations to address strategic operational concerns. TAPS is a qualitative modelling tool which facilitates high quality logical discussions leading to clear and compelling actions by the managers. TAPS helps managers to understand the relevant variables, identify the main drivers and select which action to adopt. It provides the ability to capture and communicate the essence of a problem in an easy to understand manner.

TAPS has interactive features allowing managers to develop a hierarchical model. TAPS allows the model of the problem area to be developed alongside, and at the same time as, the thought process of the managers. The building of a variable network allows information to be assessed and shared, so that the ideas and beliefs contained within the model can be altered or modified at will. 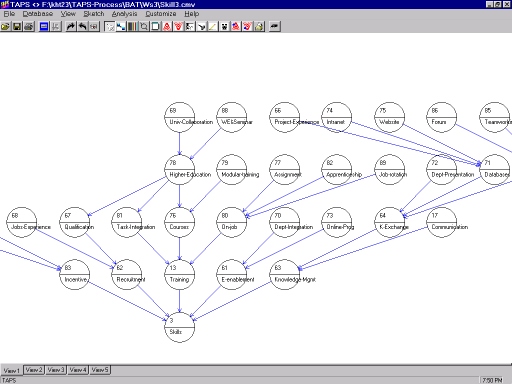 TAPS has built-in functions called ‘Trace-Down’ and ‘Trace-Up’. Trace-Down is an analysis to determine the effect of a given direction of change in one variable on other variables in the model. Trace-Up analysis, starts with a desired direction of change in a variable and works back to find which other variables have to be changed in value and in which direction. These functions allow a user to perform an analysis on any variable in the model. 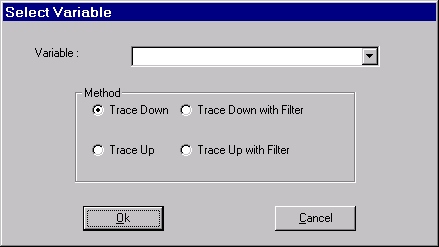 Every variable has a record table providing a definition, coding, information on connected variable, and a list of filter functions for categorisation. These tables, along with the hierarchical model, provide clear documentation of the model which allows managers to: 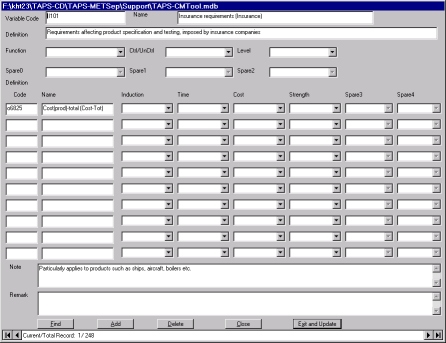 TAPS has a built-in AHP decision support tool to assist managers to prioritise the identified actions for further execution. 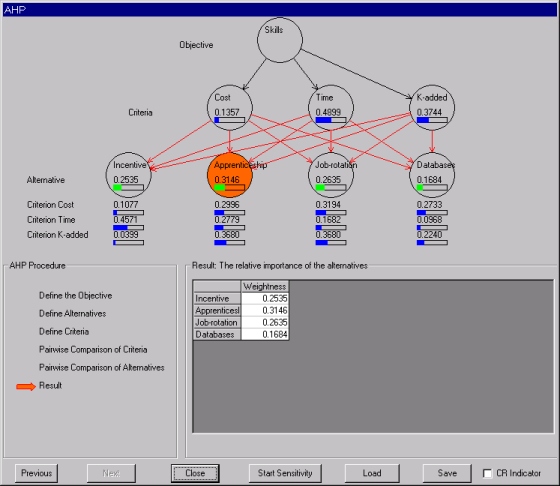 In light of the success of this research, we would like to look for suitable partners to help us in commercialising TAPS as a strategic decision support tool. We are flexible on the form of collaboration and welcome further discussion. If you are interested please contact us.

TAPS was developed with cases involving industrialists, consultants, and academics. Example of applications and potential uses highlighted by industrialists can be seen below.