Better data analytics and modelling resulted in a reduction of the long run cost of the system by 10%.

Pressures in the tube were measured to act as surrogates to the degradation states of a component at a certain time. Lower pressure would indicate less amount of fouling and more effective heat transfer into the cold box. As fouling occur during operation, the pressure would be increased on the tube and hence result in decreasing performance of the system. Degradation interactions between the two components can occur as when one tube is already subject to a high fouling state, the excess-heated gas would then be forced to go through the other tube and hence overloading that other tube which then leads to accelerated fouling as a result. This was reflected in the data collected from the plant. 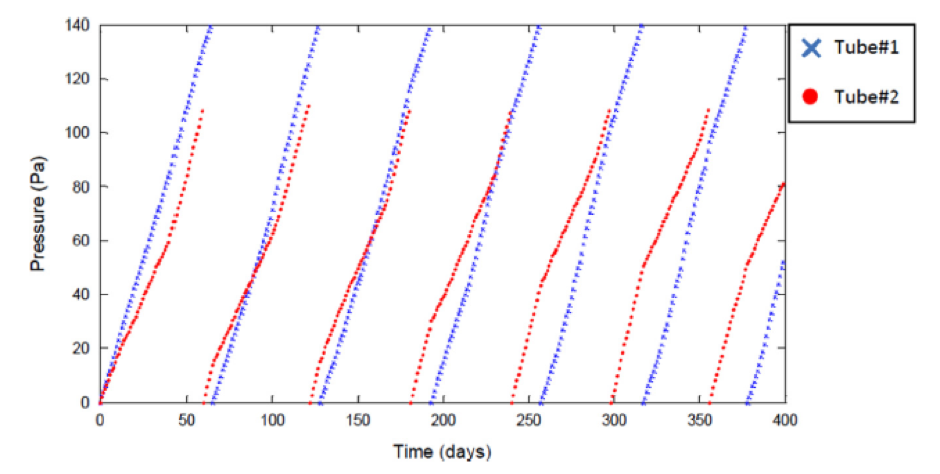 Current maintenance policies of the system include a daily condition monitoring and the system is allowed to operate until the pressure of a gas tube exceeds the safety threshold level. The failed tube is then maintained, allowing the pressure level to reduce and increase the performance of the system.

A regression model was used to characterise the state-rate degradation interactions between the two gas tubes. In particular, Gaussian Process Regression(GPR) was used for estimating the degradation functions. The interactive degradation model was then used to optimise the condition-based maintenance policy, which provided the inspection and maintenance thresholds in terms of the estimated reliability of the system. Optimisation was performed using Simulated Annealing. 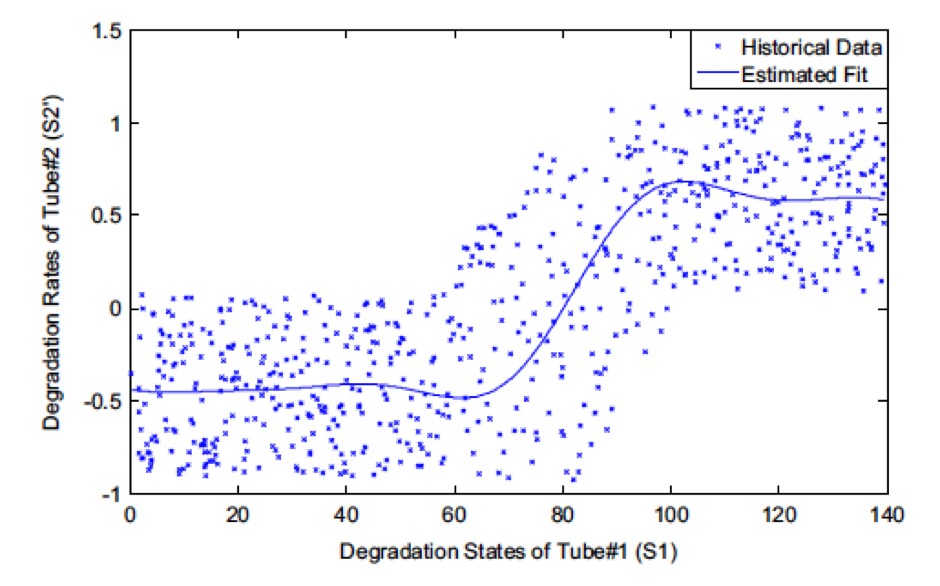 Our model resulted in a better condition-based maintenance policy for the cold box unit which reduced the long run cost of the system by 10%.