Better modelling of deterioration resulted in annual operational cost saving of up to 7%.

This case study was conducted with a major power distribution company in Asia to improve the maintenance of a fleet of oil immersed power transformers of different ages.

Power transformers consist of critical components such as winding insulation paper; and non-critical components such as cooling equipment, bushing, and tank. The life of a power transformer is primarily constrained by its winding insulation paper with an expected service life of 38 years.  The winding paper insulation is subject to two types of accelerated deteriorations. Firstly, it is subject to accelerated chemical degradation, which is caused by aggressive pyrolysis, hydrolysis, and oxidation. The degradation

happens in the presence of decay agents such as water, oxygen, acid, and sludge. The excessive decay agents could be attributed to the malfunctioning of non-critical components, such as poor  tank sealing, and inelastic gaskets in bushings. Under this circumstance, it could accelerate the aging to as much as 20 times.

The aim of this study was to explore maintenance strategies and inspection strategies to maximize the availability and minimise the cost, by adjusting the major preventive maintenance threshold and mean time between inspections. 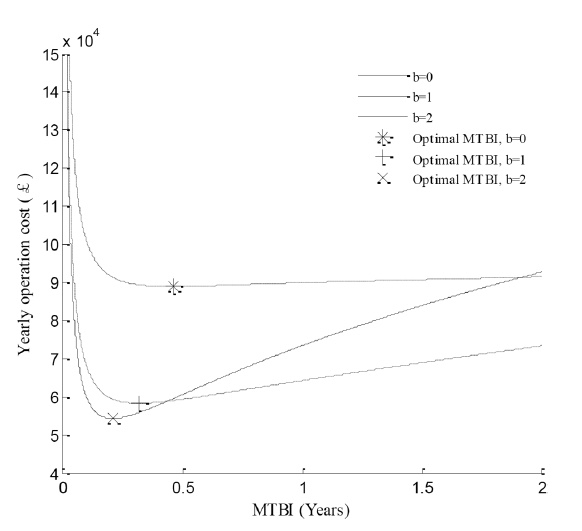 We modelled the transformer deterioration behaviour using a multiple dependent deterioration path model (MDDPM) constructed using a continuous time Markov chain (CTMC). By varying the mean time between inspections (MTBI) and the major preventive maintenance threshold, we are able to optimize the asset's performance in term of availability and cost. 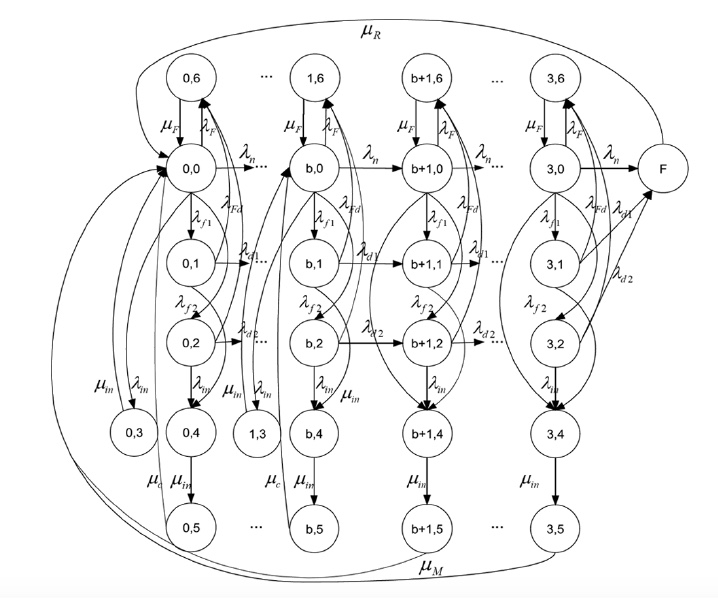 Due to the high failure cost and down time penalty, the savings from operations costs were significant – as much as 7% of yearly operations costs. Also. by developing a multi-criteria decision model, we examined the trade-offs between availability and cost – providing asset managers a powerful tool to make decisions effectively.