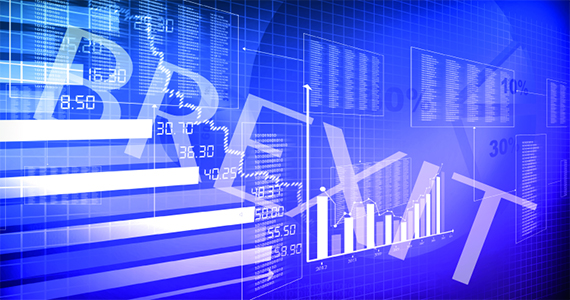 The decisions that the UK Government makes in response to Brexit could either add billions to the nation’s economy or risk decimating the country’s more than 264,000 manufacturing small and medium-sized enterprises (SMEs). In this article for The Conversation, Dr Carlos López-Gómez, explores some of the challenges facing UK manufacturing in the coming years.

SMEs make up 99.9% of all businesses in the UK. They therefore have a critical role to play if the UK is to tackle the three key challenges holding the economy back, which could be further accentuated by Brexit: a large trade deficit, poor productivity growth, and low levels of SME innovation.

First, the UK’s long-running trade deficit could be worsened as European supply chains make plans to withdraw to the continent. According to a recent survey published by the Chartered Institute of Procurement and Supply, nearly half (46%) of EU businesses that work with UK suppliers are planning to move their UK operations to avoid potential Brexit tariffs.

The survey also shows that severing supply chain ties travels in both directions. Nearly one-third of UK businesses that use EU suppliers are now looking for British replacements. But UK domestic supply chains are relatively weak and it is not clear whether they will be able to take advantage of emerging opportunities. For instance, only around 44% of the parts used in vehicles assembled in the UK are sourced domestically. This compares to an estimated 60% in Germany and France.

The second challenge is productivity. The UK has a long tail of unproductive firms hindering supply-chain competitiveness. According to the Bank of England, a full one-third of companies have seen no increase in productivity growth since 2000. Many SMEs have weak internal R&D and managerial capabilities, making them unable to update production processes and adopt new technologies.

Third is innovation. While the scientific output of the UK is world-leading, many SMEs are unable to reap the benefits. The smaller the company is, the harder it is to innovate or capitalise on its innovations. This is because small firms’ limited resources mean an unsuccessful investment can greatly affect their finances – and even jeopardise their survival.

Yet the opportunity for SME growth post-Brexit is huge, given proper investment. Research commissioned by the CBI, the UK’s main employers’ group, estimates that strengthening supply chains could add £30 billion to the UK economy and create more than 500,000 jobs by 2025. In the car industry alone, UK suppliers could take a much bigger share of the market and reduce the UK trade deficit by £4 billion, according to the Automotive Council.

It is welcome that the government’s Industrial Strategy green paper recognises that the success of UK industry depends on the presence of a “vigorous ecology” of smaller companies supporting major players. The need to support this “ecology of suppliers” cannot be overestimated.

Some of the UK’s overseas manufacturing competitors, such as Japan and Germany, have long recognised the barriers faced by SMEs and have established well-funded systems to overcome some of these constraints.

Japan has a regional network of 60 “Kohsetsushi centres” which support the development of its industrial SMEs, providing them with testing and research services. Some of these centres have been operating for more than a century. For other sectors of its economy, such as agriculture and health, they have hundreds more similar centres. In 2016 they received a combined funding of around US$1.5 billion and hosted more than 12,000 researchers – all working to help SMEs innovate.

Similarly, Germany has 69 Fraunhofer institutes with 24,000 staff and €2.2 billion of annual funding, along with a plethora of other institutions to support SME innovation. These include the German Federation of Industrial Research Associations or AiF, which has been operating for more than 60 years. It encompasses 100 industrial research associations serving around 50,000 businesses, mostly SMEs. In 2014, AiF disbursed around €500m (£440m) of public funding for innovative SME projects.

These institutions help SMEs innovate by providing and funding a number of technical services such as access to the latest equipment and laboratories that SMEs could not otherwise afford as well as technical advice, analysis and testing services to ensure product quality and compliance with international standards, workforce training required for the introduction of new technologies and guidance to access innovation funds.

The UK has made a similar move in this direction with its Catapult programme, launched in 2011. Catapult centres fill an important gap in the innovation system but, as a review commissioned by the government recognised, the UK is still “playing catch-up” with other countries. In particular, the Catapult centres cannot by themselves fulfil all the functions required to support SME productivity and innovation because they still lack the scale and geographical coverage found in other countries that have developed institutional capacity over many years.

What the international experience tells us is that no one programme or institution is likely to help manufacturing SMEs overcome all the barriers they face. Instead, what some of the most successful countries have done is to ensure that the particular needs of SMEs are systematically taken into account across government-supported initiatives.

Action to nurture SME innovation in the UK and address gaps in the institutional support infrastructure is therefore necessary for the nation’s future industrial success. A long-term approach is also required to build institutions with the size, coverage and financial flexibility to reach SMEs in all UK regions. Anything less runs the risk of damaging the health of the UK economy for years to come.

This article was originally published on The Conversation. Read the original article.