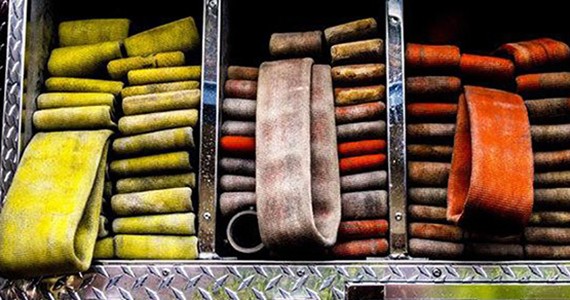 Professor Steve Evans will talk about sustainable industrial initiatives such as factories that create new products from waste at this year's Hay Festival.

Professor Evans, Director of Research in Industrial Sustainability, calls himself 'an angry environmental optimist'. Angry because he feels we are borrowing from the future, but optimistic because many of the problems with regard to the environment are perfectly solvable.

"We have reached clean energy parity," he says. "Renewable energy is not just cleaner than other forms; it is now cheaper."

It may be difficult to be an environmental optimist in the current global set-up, but Professor Evans, Director of Research at the Institute for Manufacturing, argues that green energy is now better in every way than the alternative - including by the standards of the free market.

He is giving a talk on our sustainable industrial future as part of this year's Cambridge Series at the Hay Festival in Wales on June 2.

Professor Evans will begin by asking his audience what makes them angry. He believes it is important to inject some emotion into what can seem a purely technical topic. His talk will embrace the latest developments in sustainability and examples of what might be down the pipeline in the near future. That includes x-ray glasses that can detect ways of conserving energy and factories that forage.

Professor Evans says we need a systems level change to our industrial policy to make it more sustainable and fit for the future.

Up until now, he says, the focus has been on squeezing more and more productivity out of the workforce. "Since the industrial revolution we have managed to achieve a 3-4% increase in productivity per year through technology improvements and different ways of organising people and processes, but we cannot keep squeezing that sponge. We can deliver factories with less labour but that presents problems in terms of jobs. I think we need to focus instead on saving energy, water and waste and making our factories more efficient."

He argues that 8% of savings can be made a year through making factories more energy efficient. Governments, however, have preferred to focus their efforts with regard to energy saving on cars and buildings. "Politicians do not understand factories. They presume they are not being inefficient because they are not very familiar with them," he says. He would like to see factories sharing their data on energy and water usage and says there is a huge amount of wastage of water in production processes for products such as jeans.

Professor Evans is currently working with small factories which are foraging waste from other factories and manufacturing new products, such as bags made of old fire hoses and objects made out of remnants of leather stitched together in Lego-like shapes.

Foraging factories are aware of what is happening in their area, on the alert for waste, for instance, if a building is being destroyed. They aim to be able to predict where the next waste material they can use will come from and to plan in advance what they might be able to do with it.

Professor Evans is working both with companies in the UK who make customised products to order using an ecosystem of self-employed workers and also with very small factories in African villages. "They look at what the materials they can gather in a day might be and what they can make out of them. Using global scientific and technological knowledge they can figure out how they can get the most value from the waste and what products are likely to be in demand," he says. 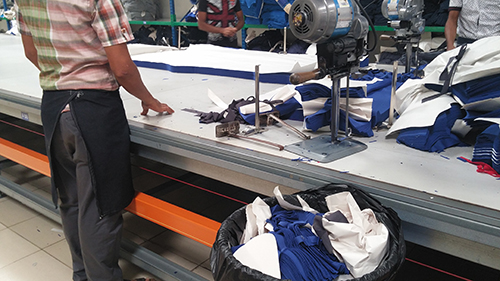 In his talk at Hay, Professor Evans will outline this work and other innovations for the future, such as x-ray glasses which will be able to detect energy that is going to waste through sensors that pick up motion and energy usage. These might eventually be used in the home, he says. In 15 years time, you might, for example, be able to use them to look in the fridge and find out which food is nearing its sell-by date so that you use that first.

Like the x-ray glasses, some of Professor Evans' work incorporates a playful element, turning industrial sustainability into a game and thus making it less dry and more appealing. For instance, he runs a treasure hunt programme with sixth formers who go into factories looking for waste material. "We are trying to show young people they have skills that apply in the real world and to show factories that they have this treasure going to waste around them," he says.

This article was originally published on the website of the Department of Engineering, University of Cambridge.