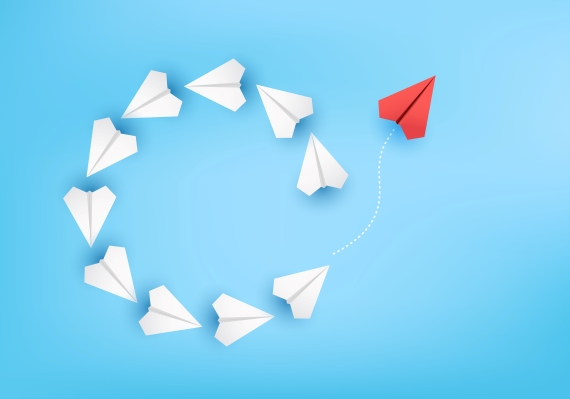 This project aims to create an evidence baseline for policymakers and others on the reality of UK university approaches to taking equity in spinouts. It examines levels of founding equity typically taken by UK universities in different types of spinouts and the reasoning behind their approach. It also explores how universities are increasingly investing in building their support systems to help academic founders increase the technology and commercial readiness of their ventures and attract investors. Finally the projects seeks to position the equity debate within a wider set of issues and challenges that have to be confronted with universities and academic founders spin out ventures to commercialise university research.

There is currently an intense debate amongst policymakers and others focused on understanding how to strengthen the ability of the UK’s research and entrepreneurial innovation systems to produce more, high potential spinouts to unlock new sources of economic wealth and industrial competitiveness.

The project aims to assemble a robust evidence baseline to move the current policy debate beyond perceptions of practice to an understanding of the reality of current university approaches to taking equity in ‘typical’ spinout cases and why and how they seek to support academic founders in commercialising university research. It also seeks to bring clarity to what is inherently a complex process involving multiple individuals and organisations with competing motivations and obligations.  Only then can we begin to have a constructive debate about what can be done to improve the status quo.

University spinouts have an important role to play in helping to drive innovation-led economic growth, not least by providing a vehicle to commercialise breakthrough technologies that can open up new wealth creating opportunities in existing industries, help to seed new markets, and provide new commercial solutions to help other companies raise productivity and efficiency. Once a critical mass is reached, they can also help to drive the entrepreneurial dynamism of a local cluster or key industry.

Policymakers and others are rightly keen to focus on identifying ways to strengthen the ability of the UK’s entrepreneurial and innovation systems to produce more, high potential spinouts that can add value to local and national economies and strategically important sectors. In recent years an intense debate has developed within some quarters regarding whether the level of equity universities take in their spinouts is conducive to spinout success and the ability of companies to raise external financing to drive their development and growth.

The debate, however, is hampered greatly by the lack of robust evidence and understanding on current UK university approaches to supporting spinouts, when they are typically deployed (for example to commercialise different types of IP), and the reasoning behind their approach. Too often, positions are justified based on anecdotes (often about a specific experience with specific universities) with little evidence of whether they represent the typical experiences; or on historic examples that may not reflect key developments in the sector in recent years.

The debate is further challenged by an overly simplistic characterisation of the nature of the spinout deal, which too often focuses on one number: the amount of founding equity a university seeks at the beginning of negotiation (pre-money and pre-dilution). The reality is very different. Spinout deals typically involve other important elements which, taken together with the equity, will shape how risks and rewards are shared across the different stakeholders involved. Previous studies of university spinout equity have focused on the published equity holdings of universities up to one-year post-foundation (based on publicly available company shareholdings). Such approaches typically fail to capture important details of what the equity is taken for, how it gets diluted even pre-investment, and how it is balanced against other key terms of the deal.

The debate is also challenged by an oversimplification of the key stakeholders involved in the process. It is often characterised in terms of the academic founders, the university technology transfer office (TTO), and investors. Again, the reality is more complex. The spinout process is shaped – either directly or indirectly, contractually or informally – by a broader range of stakeholders whose interests need to be accounted for. As we look to develop public policies to strengthen the ability of the system to spinout companies to commercialise university research, it is critically important that we recognise the motivations of, and risks incurred by, the full set of stakeholders in investing in the process, and their potential to capture sufficient rewards to incentivise their current and future engagement.

The project seeks to address these challenges by gathering evidence directly from universities and their technology transfer offices (TTOs) on the specifics of their approach to supporting spinouts in the following areas:

In assembling this evidence base, we aim to set out what is ‘typical’ in the university sector, rather than identifying extreme cases.