How to change the world: Steve Evans keynote 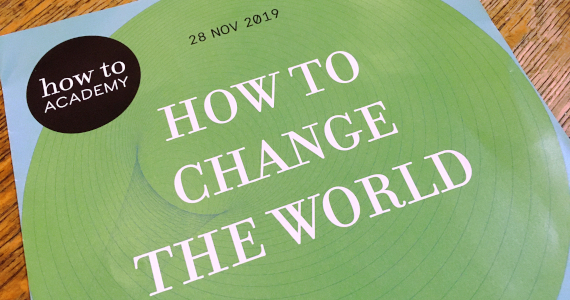 With a line-up of visionary talks, delegates at the ‘How to change the world’ conference in London on 28th November heard an inspirational set of ideas about shaping a positive global future, with speakers ranging from social innovators to rocket scientists, genetic engineers to green energy experts.

The flagship annual conference by the How To Academy offered a programme with “unrivalled insight into the innovations changing our lives, communicated through short, powerful, visionary talks by the individuals at the cutting edge of their industries.” This exciting line-up included internationally best-selling author Malcolm Gladwell, world-famous philosopher and linguist Noam Chomsky, and leading genetics expert Lord Robert Winston.

He argued we are reaching a tipping point with climate change where soon the damage will be irreversible, and that while there are excellent climate scientists working to help understand the urgency of the problem, there are not nearly enough engineers working out what we’re going to do to respond. 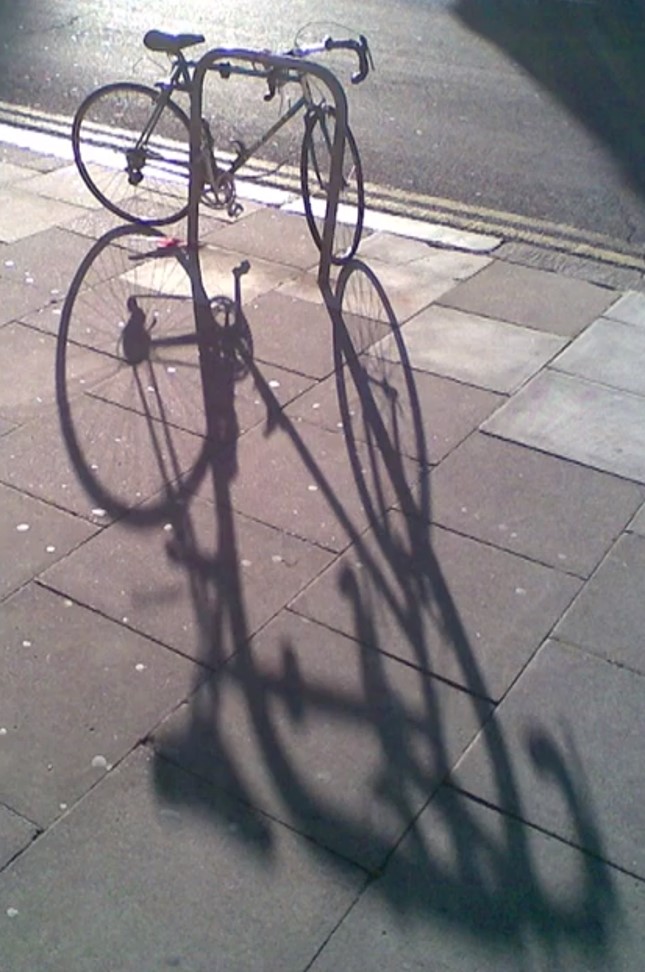 How might we change how we live, how we keep our air clean, how we move ourselves around, and how we produce the things we need? Steve explained how he works to understand the industrial system that exists behind everything that’s produced: In this photo of a bicycle, we might think the bicycle itself is an environmentally-friendly, carbon-neutral mode of transport, but we have to consider the system required in order to make the bicycle in the first place.

In our current systems 50% of edible food is not eaten, and only 10% of processed material reaches the customer. Of everything we dig out of the ground to make things, only 1% still exists six weeks later. As Steve said, that’s not a very efficient system! It makes no sense – we have to pay for all these materials and all the effort, so it seems nonsensical that we don’t make better use of our resources.

So how could we make industry more sustainable? Steve’s focus isn’t on inventing something new that’s going to solve all our problems overnight. Instead he’s asking what we could do with today’s technology to make significant progress towards living more sustainably. How could we produce things in a more efficient way, being more careful with the resources available to us?

Basically, he argues, we need to “stop doing stupid stuff.”

Many of the efficiencies we need to make can be found by identifying and eliminating inefficient activities. Steve shared some examples from work he and his researchers have analysed or worked on. For example, Toyota in the UK worked out how to reduce the energy it uses to manufacture a car by at least 8% every year for 14 years, resulting in  over 70% reduction over the period. Crucially, Toyota has done this by identifying improvements to energy usage, not by depending on a major new technology to revolutionise the business. If other manufacturers moved just half way from their current resource usage towards the usage of the most efficient companies in their own industry, the research indicates that the impact in manufacturing would be 12% increased profit, 15% more jobs and 5% reduction in greenhouse gas emissions.

(This and other examples can be read about in more depth in this article:

It was encouraging to see industrial sustainability included as a key topic, alongside game-changing ideas from across an array of disciplines and spheres. Speakers throughout the day were poignant, hard-hitting and thought-provoking.

Best-selling author Malcolm Gladwell shared a story from his new book ‘Talking to strangers’ about a top CIA operative meeting his Cuban counterpart years after they had shadowed each other, and discovering to his horror how much of his activity had been pre-empted. Gladwell asked why humans are so poor at detecting deception in others, concluding that in fact it makes better evolutionary sense to be trusting than to be distrusting. Even if very occasionally we are deceived, on balance it is a price worth paying for the importance of building trusting relationships with other people.

World famous American philosopher, cognitive scientist, linguist and political activist Noam Chomsky – one of the most cited scholars alive – spoke to the conference via video interview. He gave some hard-hitting opinions on the current political situation of the US, as well foreboding concerns about the environmental crisis.

Social entrepreneur Hilary Cottam talked about her approach to designing solutions by drawing on the ideas of the people who need them – a brilliant approach to problem solving that has worked in places as diverse as UK job centres to poverty-stricken communities in South America. Ali Parsa from AI and healthcare company Babylon explained how he believes technology can make healthcare more accessible and affordable for everyone on the planet. Kristen Davis from APOPO HeroRATs shared an astonishing example of a real, unusual idea into action: training rats to save lives by detecting landmines, finding people in collapsed buildings, and sniffing out tuberculosis in lab samples much faster than can be achieved by human testers.

Award-winning ecologist Greg Asner explained how his team is mapping large ecological systems and ‘communities’ on the planet, showing the impact of damaged biodiversity, and working with governments around the world to use this data to protect natural environments. Chetna Gala Sinha presented on empowering women and transforming lives: she set up the Mann Deshi Mahila Sahakari Bank as India’s first bank run for and by women in deprived rural communities, a powerful example of what can be achieved by those who had been written off by the establishment.

In the afternoon, world-renowned geneticist Lord Robert Winston took to the stage with a strong exposition about the ethical issues around genetically enhancing humans. Other afternoon speakers included Alex Stephany who has founded a crowdfunding platform for the homeless, James Parr who talked about artificial intelligence in the changing field of space exploration, and Isabella Tree who told the story of ‘rewilding’ an estate in West Sussex.

The 'How to change the world' conference agenda has also previously included IfM's Professor Bill O'Neill discussing the potential impact of 3D printing.

To hear a talk Steve Evans about resource efficiency and building a more sustainable industrial system, you can watch his recent speech at the prestigious ‘Falling Walls’ event in Berlin at https://www.youtube.com/watch?v=vz22d0R7JNo&.