In the Market Place of the Global Forum, Vaggelis and Alexandra showcased the lab’s on-going work on the following three topics:

DIAL has developed a demo app using the Google Glass for the sorting operation in warehousing. The app allows a user to scan QR codes printed on order labels and then guides him using the Glass’s display to sort the scanned package in the right bin. Besides displaying information, the app can also project a virtual object (3D cube) on the sorting bins to guide the user more effectively.

Manufacturers often lack visibility of their supply network beyond the first tier - which can cause issues when disruptions to sub-tiers cascade through to the OEM. Although several commercial track and trace tools are available, these usually require adoption by all members of the network. As part of the VIPr project in collaboration with Boeing, the DIAL team developed an interactive tool that mines publicly available data on the web to indicate how a given supply network might be structured. 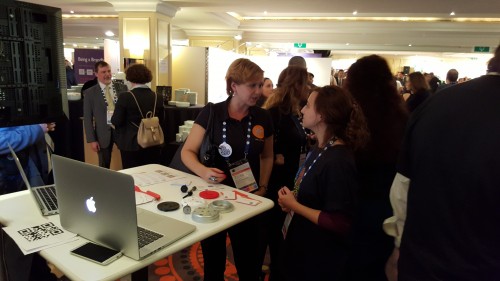 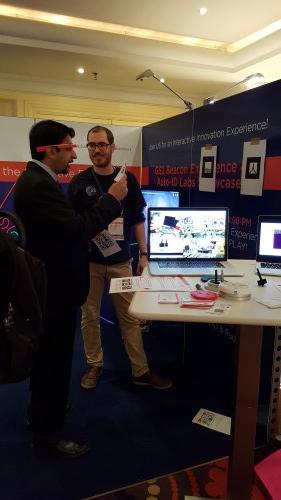