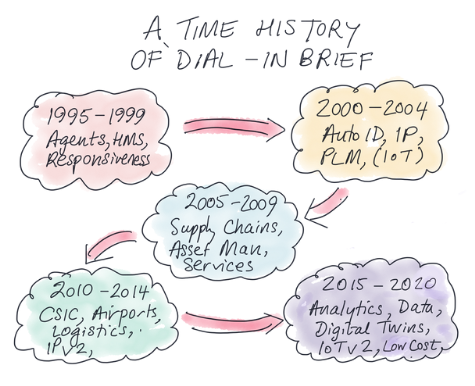 The flow diagrams tries to capture some of the developments DIAL has been involved in since 1995. The five phases described are – in reality – not as neatly deliniated as the diagram implies. But they do indicate that from an initial focus that was exclusively production-focused, the work of DIAL has evolved into encompassing logistics, supply chains, construction (as manufacturing), services – especially most recently healthcare. Meanwhile as DIAL has expanded to a centre of 30-40 people the range of tools and methods has grown too. DIAL’s six current themes reflect this expansion.