This year the kilogram will be redefined. Mass will no longer be related to a physical artefact but to a fixed value of the Planck constant. The National Physical Laboratory is developing the next-generation 'Kibble balance' for the realisation of mass post-redefinition. The balance will be a high-precision commercial instrument with an uncertainty of around one part in a billion, capable of defining the UK's mass scale. The focus of this research is the development of a novel linear guidance mechanism required for the balance.

The kilogram is currently defined by the mass of a material artefact: the International Prototype Kilogram (IPK). Comparisons between the IPK and its sister copies show tens of micrograms of divergence over the last of century. This implies the mass unit is unstable and so too, by extension, are the units, such as the watt, newton and volt, which derive from mass.

At the 25th meeting of the General Conference on Weights and Measures (CGPM) a resolution was adopted to revise the International System of Units (SI). In May 2019 the ampere, the kelvin, the mole and the kilogram will be redefined in terms of fundamental constants. The aim is to make the SI more coherent, to guarantee long-term stability and to facilitate wider end-user access to traceable measurements. [1]

After the redefinition of the kilogram, the National Metrology Institutes (NMIs) of the world will need experiments and instruments which realise mass with relation to the Planck constant with an uncertainty of better than 1 part in 108. Currently the cost to develop, maintain and run such instrumentation typically requires a large dedicated laboratory, a team of engineers and scientists, and a multi-million pound investment.

The National Physical Laboratory (NPL) is collaborating with other NMIs to develop the next-generation Kibble balance. [2-4] This will exploit a new operational mode to deliver the required high-precision in an instrument which is cost-effective (£100ks), easy to operate, and producible on a small commercial scale. It will enable the mass unit may to be realised not just at NPL for the UK, but by any NMI which purchases one.

A Kibble balance is an electromagnetic mechanical system which links a mass (via weight) to electrical quantum standards and so to the Planck constant. The mass under measure must be supported against gravity and free to travel vertically by some linear guidance mechanism.

In 2014 Kibble proposed a new-type of Kibble balance. [2] The new design concept utilised the fact that if the linear guidance mechanism of the balance is rigid in all but the vertical axis, then misalignment errors are cancelled. This will enable the balance to be smaller, scalable, cheaper and more usable whilst maintaining precision. 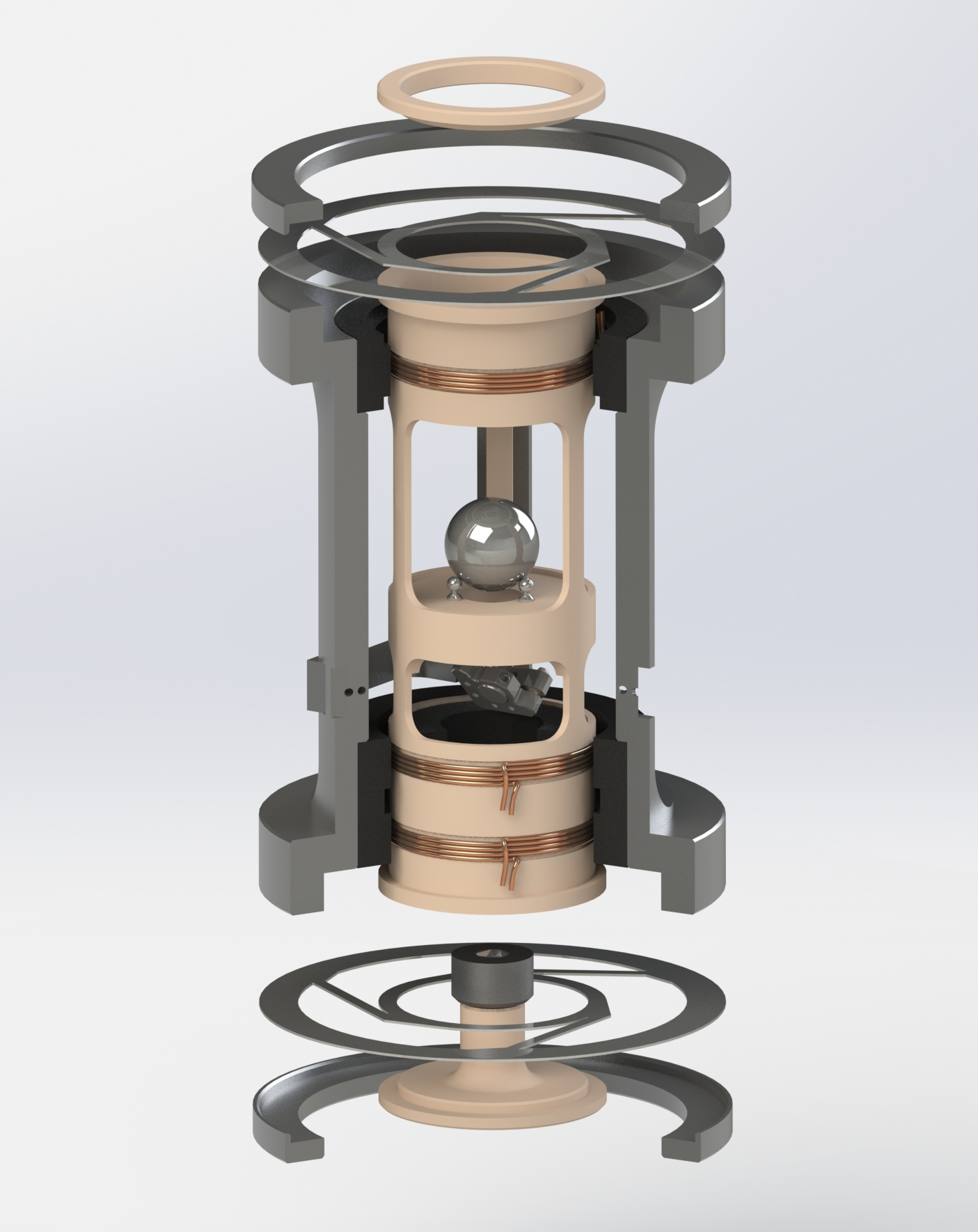 The principle focus of this research is to find or develop a methodology which enables a novel linear guidance mechanism for this instrument to be designed and optimised. This mechanism must allow the instrument to realise the required uncertainty levels and this performance must be experimentally validated.

Although, as a complete Kibble system will likely cost in the order of £100k, there is not a significant constraint on the cost of the linear guidance system, manufacturability, lifetime and robustness are advantageous. Additionally, due to the active temperature control which is required for other components (principally the magnet), it is unlikely that the thermal sensitivity of the bearing will be a critical factor. Nevertheless, it would be desirable if the bearing itself does not produce significant heat.

Research will be subdivided into some key stages.