Wire Feed Metal Deposition (WFMD) is a novel Rapid Manufacturing process being developed for the production of metal parts by layered manufacturing. Current commercial metal based Rapid Manufacturing (RM) technology uses expensive energy conversion systems, such as Laser and EBM to heat small areas.  The majority of items produced have to be further machined to give the desired tolerance, so that speed and not resolution becomes of prime importance.  The WFMD project aims to produce a low cost, high speed alternative to the existing technologies. 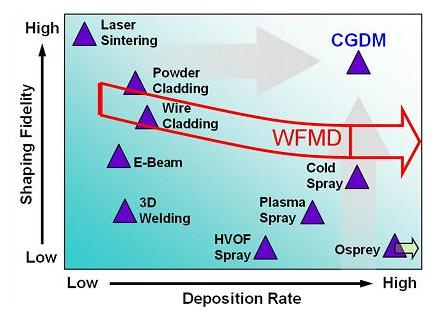 To enable high throughputs, the WFMD process makes use of radiation heating elements that are scalable. Output capacity is only limited by the heater capacity and the volume of the material heated at any one time. The system makes use of commercial grade MIG wire feedstock and heats it to produce a stream of molten metal.  Manipulation of the melt head using a high speed CNC system allows the generation of 3D metal components. The use of wire as opposed to the more standard powder technologies provides many advantages, such as reduced materials cost, simple handling and a safe working environment. The core of the WFMD system is the melt chamber into which metal wire is fed and liquefied by radiant heaters. The precise extrusion of metal is obtained by varying the pressure in the melt chamber using feedback control. The system is manipulated by a 3 axis CNC machine allowing laminar part construction. 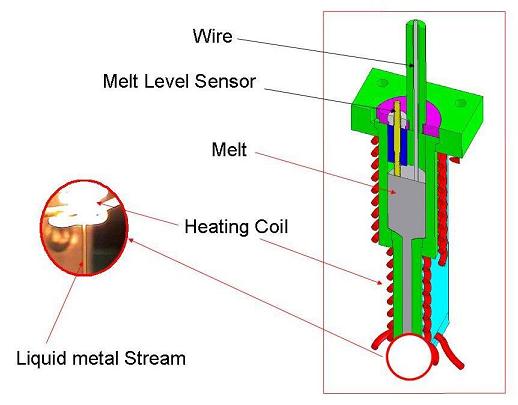 University of Trinidad and Tobago