Two factories make identical chocolate bars using identical machines. Why does one use 500 per cent more energy than the other?

This is the type of question that Professor Steve Evans, Director of the IfM's Centre for Industrial Sustainability (CIS), is working with manufacturers to answer in his ambition to make manufacturing more sustainable. Professor Evans explains that this chocolate factory example is not actually that extreme or uncommon and that the environment, society and manufacturers can all benefit from increasing non-labour resource efficiency, re-thinking business models and transforming industrial systems.

Continuing population growth is changing how we manage and consume resources like water, energy and minerals. As a result, manufacturers increasingly need to think hard about how, where and what they make and how to adapt to stay prosperous.

At the Centre for Industrial Sustainability we are focused on increasing our understanding of how to transform industrial behaviour to develop more sustainable environments, economies and societies.

The greatest opportunity to increase industrial sustainability comes about when we consider the industrial system as a whole. The optimisation of any one part is ultimately constrained by the other parts.

Our research focuses on three aspects to accelerate the transition of manufacturing towards a sustainable industrial system:

Sustainability should not cost more

There are two roadblocks preventing us from realising a sustainable industrial system: a belief that sustainability costs money and a presumption of efficiency.

There is a false notion that you have to make a choice between economy and sustainability. Many people associate increasing sustainability with expense, but in fact, environmental and economic efficiencies are often aligned. When we reduce waste, increase energy efficiency and improve resource productivity, we actually save money, raise profitability and enhance competitiveness.

Despite this, many organisations are locked into the mind-set that believes that improving efficiency performance requires money and big capital investments. Our research has shown there are many efficiencies to be found without spending any money.

The second roadblock is even harder to shift. The presumption is that because energy costs money, factories would not be paying more for energy than is absolutely necessary. It's a presumption that doesn't stand up to the data. We can point to vast reams of evidence that says that this is not the case. Our conservative estimates of the benefits the UK could gain through increasing energy- and resource-efficiency amount to £10 billion per annum in additional profit for manufacturers, 300,000 new jobs and a 4.5% reduction in our total annual greenhouse gas emissions. That's a 12% profit increase for UK manufacturers without spending any money.

While there are many quick wins that can be implemented to change performance, a trigger to change is needed and this only comes about after being made aware of the variation in performance.

You need to be inefficient to become efficient

There are plenty of technologies, techniques and tools available to help you save resources like water. But why would you want to save water?

We have found the critical component to being efficient is to realise that you are inefficient. That's a really big part of the work that we do, and at times it sounds trivial, but it's immensely important.

There is no point directing people to information and websites that can tell them how to save water if they don't know whether they have actually been wasting water. Research has shown that these techniques are not going to be used if people do not know they have a problem in the first place.

One extreme example that we have found in a company was a 500% difference in the energy it takes to make the same chocolate bar between two factories using the same equipment. But large variations are not that unusual. We have worked with manufacturers that were using 40% more energy on Monday than Thursday in the same factory or using 80% more water in factory number one than factory number two.

What we've found is that once people can see that there's a high variation in performance, they then use their standard 'good old production engineering techniques' to resolve it.

For example, Toyota's UK factory, which was already a world-leading efficient factory, reduced the energy it takes to make one car by 77%. As a result, Toyota can make four cars for the same amount of energy that it previously used to make one car.

Toyota did not buy any expensive new hardware to make that level of improvement. If other organisations can also make products with half the energy that it currently takes them today, then we are going to also halve the cost of energy consumed and significantly reduce pollution.

About 75 per cent of the energy generated in China's power stations, which is responsible for a large part of the nation?s air pollution, goes into factories. If you halve the energy consumed, then you can close every third power station in China. That's how powerful efficiency is.

China has been very successful in growing its manufacturing industries to become a large manufacturing-based economy. But it is not very efficient. We are looking to work with Chinese organisations to help them use less energy and water and to reduce pollution and to do that without spending vast amounts of money.

While increasing sustainability should not cost huge amounts of money, it does require imagination and skill. Our Centre concentrates on those elements. We are focused on what low-tech solutions can offer, not on expensive high-tech solutions. But low-tech does not mean easy. 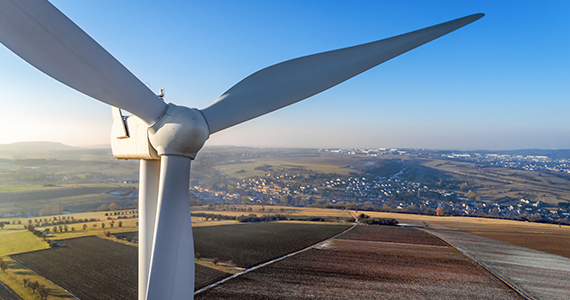 These people are often working in different parts of an organisation with the only natural point of convergence being the CEO. It is a major challenge to ask a company to make the sorts of changes that we are advocating because the CEO has to become directly involved. It's much easier to buy that wind turbine!

The biggest challenge and where the biggest wins will come from is around resource productivity - being efficient with raw materials, minimising waste and looking at ways to capture value from waste.

The best way to do this is to move away from the traditional linear manufacturing system of 'take-make-waste' to a cyclical or closed-loop system where waste is used to make new products.

Foraging factories in a circular economy

There is currently a lot of interest in designing flexible high-tech factories that can manufacture different products customised outputs. But there is also unexploited potential for these factories to use these same technologies to process different types of materials in other words, to have variable inputs.

Factories tend to use homogeneous input materials and cannot easily adapt their machinery to use different ones. By enabling factories to use a range of input materials that are available locally, irregularly and at a low price, waste materials could be turned into valuable products.

For example, factories could source seasonal waste from their local areas such as the left-over plant material when a crop is harvested. Production in this context is entirely intelligence-driven, based on direct information from consumers and their products.

This 'foraging factory' approach is a circular economy model that could be viable for a large number of small localised operations. It has been estimated that manufacturing under this model will produce four times the 'value' in terms of added services. It will also use half the amount of natural resources and be carbon neutral.

As a research centre we spend a significant amount of our time investigating ways to increase efficiency. But we spend even more time looking at sustainable value exchange, also known as sustainable business models.

There are some interesting opportunities for transforming the way that value is exchanged between manufacturers and customers that can lead to increased sustainability. For example, the traditional automotive manufacturing business model is for customers to buy the car and also pay for the fuel that the car uses. As a result, there is no direct incentive for automotive manufacturers to build the most fuel-efficient car possible.

I believe that we will see many companies transform their business models over the next 20 to 30 years so that they improve their value exchange opportunities and deliver more value economically, environmentally and socially.

By Professor Steve Evans, Head of Centre for Industrial Sustainability