Engineers or managers can use our models to significantly facilitate the implementation of maintenance operations.

This case study was conducted with a UK-based county council to examine systems subject to aging and cumulative damage. Bridge joints are used to accommodate the necessary movements of bridge decks, withstand the traffic load, and protect bearings from induced moisture and chloride ion.

Asphalt Plug Joint (APJ) is one of the most common bridge joints due to its waterproof and noise reduction properties. It also exhibits the property of low cost and easiness to install, repair and replace. APJ is constituted by a metal plate, which spans between bridge decks to accommodate longitudinal expansion and contraction (up to 40 mm). The plate is then covered by asphaltic plug making a smooth riding surface and preventing the debris and water.

APJs have an expected lifetime of between 5 years and 15 years based on the operating environment. Apart from the regular aging process, the deterioration of APJ is influenced by environmental factors such as accumulated debris, corrosion and traffic load. Additionally, it is also influenced by the induced damaged from other bridge components, such as the water leakage on the underside of the deck, the performance of bearing and superstructure movement.

When an APJ is functioning improperly, it will cause problems on the bridge deck and bearing. To mitigate the risk of APJ failure, general inspection is regulated with a two-year interval to assess the condition of APJ joints. The local maintenance team was keen to find the optimal threshold to replacement APJ so that the operation and maintenance cost can be minimized.

The Proportional Hazards Model (PHM) was used to model the joint effect of aging and cumulative in the framework of failure rate. The effect of cumulative damage is modelled as the stochastic covariate in the PHM framework. The optimal maintenance policies are obtained by minimizing the long-run cost rate. 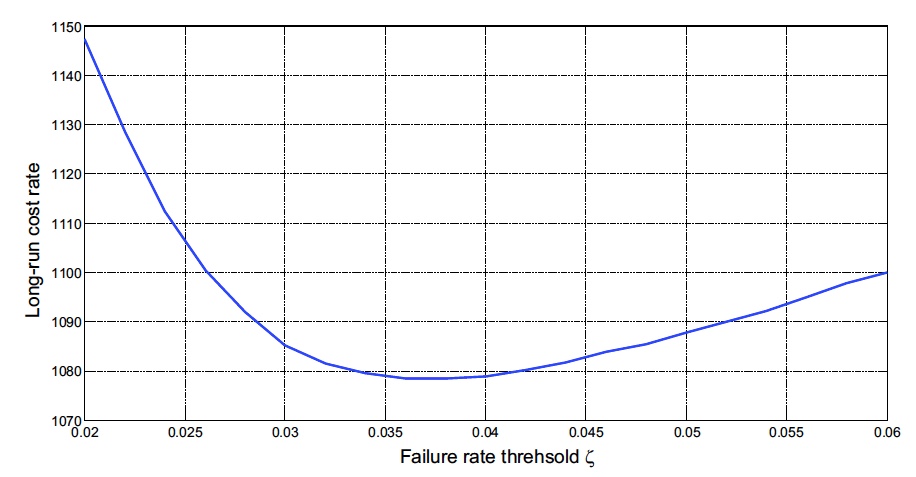